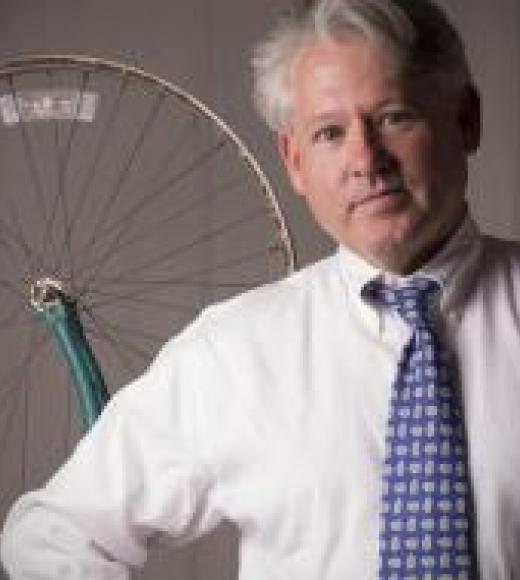 James Housefield is an Associate Professor of Design History, Theory, and Criticism, whose research and teaching analyze art and design since the late eighteenth century. He is completing a monograph on the interaction of modern art, design, and science, tentatively titled, Playing with Earth and Sky: Popular Sciences of Astronomy & Geography and the Work of Marcel Duchamp.

Housefield’s research focuses on the interaction of art and design with each other and with the cultures of literature and science, particularly astronomy and geography. He is especially interested in the histories of exhibition design and modern cultures of immersive experience. He has contributed to several exhibition catalogues, and his scholarly writing on Duchamp, art and geography, and related topics has appeared in The Geographical Review, Journal of North African Studies, Cultural Geographies, and multiple edited volumes. His past research has focused on trans-Atlantic modernisms and the French cultures of art and design, including the francophone cultures of the colonial and post-colonial world. His current research emphasizes the heritage of nineteenth-century ideas on modernism, especially considering the impact of the Symbolist movement on aesthetics, book design, and the creation of immersive experiences.

Housefield has taught courses integrating the history of art and design history since 2000. He was formerly a curator at the Austin Museum of Art, and Associate Professor of the History of Art and Design at Texas State University, where he held the title of the National Endowment for the Humanities Distinguished Teaching Professor in the Humanities.

“The Nineteenth-Century Renaissance and the Modern Facsimile: Leonardo da Vinci’s Notebooks, From Ravaisson-Mollien to Péladan and Duchamp,” in Y. Portebois and N. Terpstra, eds, The Renaissance in the Nineteenth Century (Toronto: Univ. of Toronto, 2003), 73-88.

“The Modern Artist as Traveler and Geographer: The Case of Marcel Duchamp” in Peter Brooker and Andrew Thacker, eds, Geographies of Modernism (London: Routledge, 2005), 99-111.

“The Nineteenth-Century Renaissance and the Modern Facsimile: Leonardo da Vinci’s Notebooks, From Ravaisson-Mollien to Péladan and Duchamp,” in Y. Portebois and N. Terpstra, eds, The Renaissance in the Nineteenth Century (Toronto: Univ. of Toronto, 2003), 73-88.

DES 40C: Design for Aesthetics and Experience [to be offered in 2015]
Course in development: Global historical survey of design’s engagement with changing notions of aesthetics and experience. Relates transformations in the theory, production, and reception of all aspects of design (objects, landscapes, architectures, etc.) to larger cultural, social, and political contexts. Audience experiences discussed in relation to reception, psychology, perception, and expectation. Emphasis on contemporary notions of “experience design” and the history of design for immersive experiences.

DES 290 & AHI 290: Marcel Duchamp: Art, Science, & Design on Exhibition
Chronological study of the work of Duchamp, arguably the most influential artist of the 20th century. Emphasizes Duchamp’s work in both art and design, examining his creation of experiential spaces and his interest in science and museums. Students will be encouraged to pursue projects that combine scholarly research with creative production to the degree that this complements their graduate studies effectively.

Dr. Housefield supervises the research of graduate students whose areas of interest intersect with his work. A member of the graduate group in art history, he recently directed Brittany McKinney Thompson’s Master’s thesis on Paul Gauguin and advised other research into modern and contemporary art and visual culture. He mentors advanced projects in the areas of modern art and design (especially dada and surrealism), the history of museums and exhibition design, the intersection of French culture with art or design, and California design, among other topics.